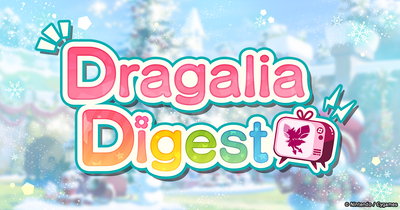 Dragalia Digest is a livestreamed news update for Dragalia Lost.

Dragalia Digest is a presentation featuring a fully-voiced and fully-animated Notte, who goes through several announcements about Dragalia Lost for the coming weeks or months. It is similar to the monthly "This Month in Dragalia Lost" news posts, however Digest tends to feature a substantial amount of new content as opposed to just vaguely hinting at it.

Additionally, as of March 2020, every single Digest thus far has announced a new Collaboration event.

Dragalia Digest is simulcast in both English and Japanese on the official Youtube channels, however the Japanese videos are usually deleted a few months after airing.